The advantage of using used mini diggers instead of their larger cousins is primarily due to the ease of use in tight spaces.

Used mini diggers are usually cheaper to buy than their larger counterparts as well as being cheaper to transport which is why they are often favoured by contractors working on smaller sites. This is largely down to their ability to fit in tight spaces amongst other things. If you’re deciding which machine to buy for your next project, Fenton Plant Machinery have used mini diggers ranging from 0.8T up to 8T for sale and ready to pick up.

From experienced machine drivers, to first time users, mini diggers can be of benefit to almost anyone. They are easy to operate with simple to understand controls means that almost anyone can use the diggers within minutes. With their compact dimensions, mini excavators are able to operate in spaces a larger excavator wouldn’t be able to operate in. Many models actually have the ability to fit through a standard doorway. 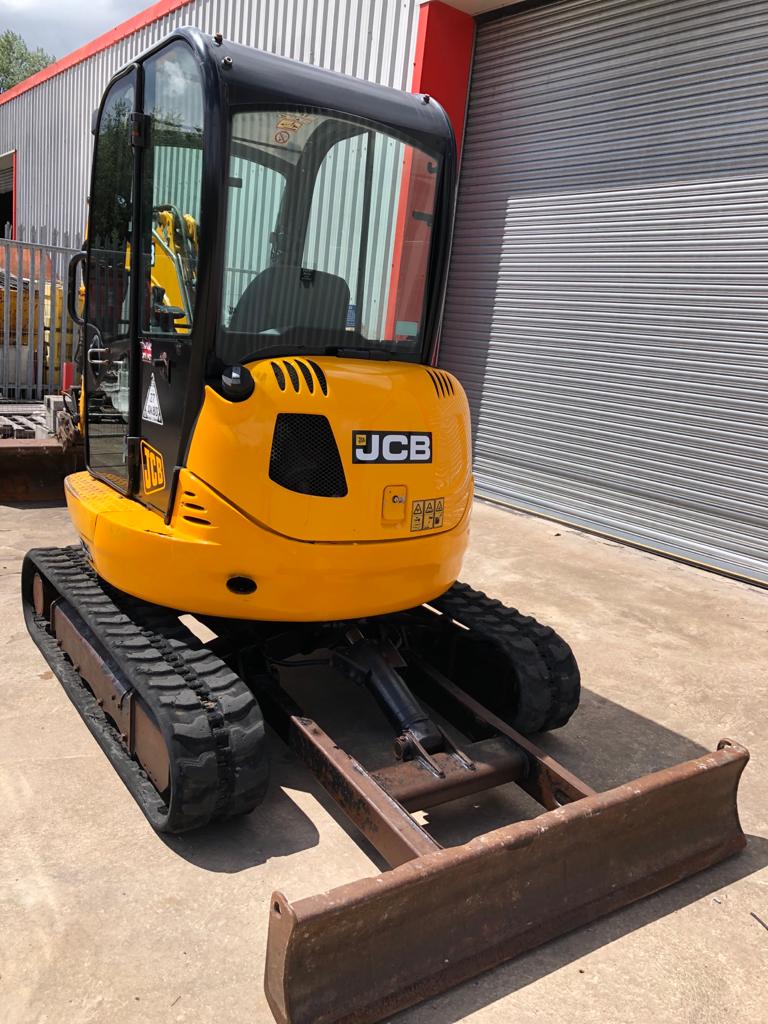 When operating in built up areas, a quieter machine can be extremely beneficial, especially with the neighbours. With less weight and often a smaller engine, the noise produced by mini diggers is significantly lower than when compared to larger diggers. This makes them particularly popular with contractors in residential areas. When thinking about which used digger to buy, transportation is always a big issue, but with mini diggers being so small and light, they can easily be transported with just a car and trailer.

As mini excavators are significantly lighter than the bigger machines, the damage they cause to the working areas is much less. As well as being lighter, the rubber tracks (rather than steel tracks often fitted to larger machines) are much kinder to the ground they are operating on and there is less need to clear large spaces for the machine to operate in.

If you require more information on buying Mini Diggers please give us a call today on 07506 842 052 or email us fpm450@googlemail.com

Are You Exporting Plant Machinery abroad?
Scroll to top
We use cookies on our website to give you the most relevant experience by remembering your preferences and repeat visits. By clicking “Accept All”, you consent to the use of ALL the cookies. However, you may visit "Cookie Settings" to provide a controlled consent.
Cookie SettingsAccept All
Manage consent

This website uses cookies to improve your experience while you navigate through the website. Out of these, the cookies that are categorized as necessary are stored on your browser as they are essential for the working of basic functionalities of the website. We also use third-party cookies that help us analyze and understand how you use this website. These cookies will be stored in your browser only with your consent. You also have the option to opt-out of these cookies. But opting out of some of these cookies may affect your browsing experience.
Necessary Always Enabled
Necessary cookies are absolutely essential for the website to function properly. These cookies ensure basic functionalities and security features of the website, anonymously.
Functional
Functional cookies help to perform certain functionalities like sharing the content of the website on social media platforms, collect feedbacks, and other third-party features.
Performance
Performance cookies are used to understand and analyze the key performance indexes of the website which helps in delivering a better user experience for the visitors.
Analytics
Analytical cookies are used to understand how visitors interact with the website. These cookies help provide information on metrics the number of visitors, bounce rate, traffic source, etc.
Advertisement
Advertisement cookies are used to provide visitors with relevant ads and marketing campaigns. These cookies track visitors across websites and collect information to provide customized ads.
Others
Other uncategorized cookies are those that are being analyzed and have not been classified into a category as yet.
SAVE & ACCEPT